You are here: Home » News » product News » Led tunnel lights-what effects should be paid attention to in tunnel lights 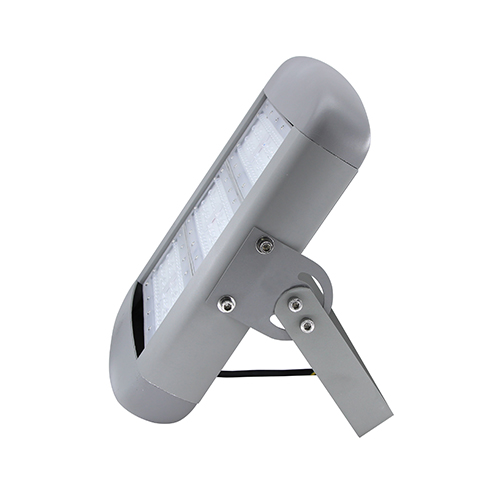 The tunnel is the main structure of the highway in mountainous areas. Due to its special structure, the sunlight in the tunnel cannot be directly exposed. In order to solve the "black hole effect" or "white hole effect" caused by the sudden change in brightness when vehicles enter or exit the tunnel, the tunnel Long-term lighting is needed inside. Commonly used tunnel lighting fixtures are LED tunnel lights, which should pay attention to the following issues when applied to tunnel lighting:

1. Glare control. In tunnel lighting, glare should be controlled to a minimum to ensure that the driver has sufficient visibility when driving. Generally, in tunnel lighting, high-brightness LEDs are often used as the light source, with uniform light distribution, soft and comfortable light, avoiding uncomfortable glare, and ensuring driving safety.

3. Eliminate the "flicker effect". The main reason for the "flicker effect" is due to the improper arrangement of lamps and lanterns, which produces periodic changes in light and dark brightness, which causes discomfort in the driver's line of sight. Therefore, when installing LED tunnel lights, you should pay attention to the reasonable layout, effectively plan the distance between the lights and avoid the "flicker effect".

5. Tunnel partition. In the lighting design of long tunnels, LED tunnel lights should be set with different lighting designs according to different sections of the tunnel. For example, the brightness of the lighting at the entrance and exit of the tunnel should be higher than that of the middle and transition sections, so that the driver has adapted to travel from the tunnel to the tunnel. The discomfort caused by the interior also guarantees the economy and practicality of tunnel lighting.