You are here: Home » News » product News » How to choose a good LED Street Light？

How to choose a good LED Street Light？ 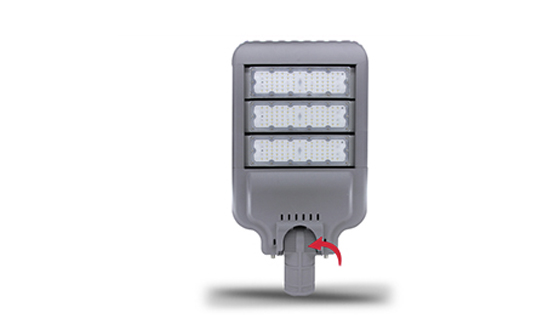 The reason why the LED is durable is that it does not cause the problem of filament fusing. The LED will not stop functioning directly, but it will gradually degrade over time. Generally, LEDs can be used for more than 50,000 hours, and their luminous intensity will gradually drop from the nominal value to about 70%. The main reasons that affect the life of the LED are the following three components: light source, power supply and housing.

2. The design of the power supply

Because the discreteness of LED Street Light is very strong, the voltage drop, wavelength, light color, and height are very different. Only LEDs with the same indicators above can be used in parallel. On the contrary, the voltage drop current is very large, and the voltage drop current is very high. Small, cause uneven light color and height, and shorten the life of high current. The life of the power supply itself is also an important reason. Generally, electrolytic capacitors have a lifespan of 8000 hours at 105°C, 15000 hours at 40~60°C, and 30,000 hours without electrolytic capacitors.

Heat dissipation is one of the important reasons that affect the life of the LED Street Light. The light emission of the LED needs to be driven by current. Of the electric energy input to the LED, only about 15% is effectively converted into light, and most (about 85%) is converted into heat due to ineffectiveness. . Among them, the ambient temperature is very important, and the ambient temperature can affect the 5-20 degree change of the heat dissipation temperature of the LED lamp.

The heat accumulation of LED Street Light not only affects the electrical performance of the LED, but may eventually cause the LED to fail. Therefore, in order to ensure the life of the LED lamp, heat dissipation has become a key technology in the application of white light LEDs, and reducing or rapidly dissipating the heat generated by the LED has become the primary issue in the application design of white light LEDs.

LED is a point-shaped light source. If a poor LED is used, the LED will release a lot of heat during the working process, which will cause the tube core junction temperature to rise rapidly. The higher the LED power, the greater the heating effect. The increase in the temperature of the LED chip will be It leads to changes in the performance of light-emitting devices and attenuation of the electro-optical conversion efficiency, and even failure in severe cases.

The quality of LED power supply directly restricts the reliability of LED products. Therefore, in the international market, foreign customers have very high requirements for the efficiency conversion, effective power, constant current accuracy, power supply life, and electromagnetic compatibility of the LED drive power supply. The role of lamps is as important as the human heart.

LED Street Light is a directional point light source. How to use this feature of LED creatively and create a comfortable light environment is the core of the optical design technology of LED lights. The LED light source itself generally has a lens or a transmissive material to improve the efficiency of light emission, while meeting the light distribution of about 120 degrees, which is generally called a primary optical design. However, in order to meet the various needs of indoor lighting, it is necessary to redistribute the light according to the needs, and how to redistribute the light emitted by the LED to achieve a comfortable light environment is also an important factor affecting the quality of LED street lights.